11 Rules and 2 Laws for a Starting Supervisor 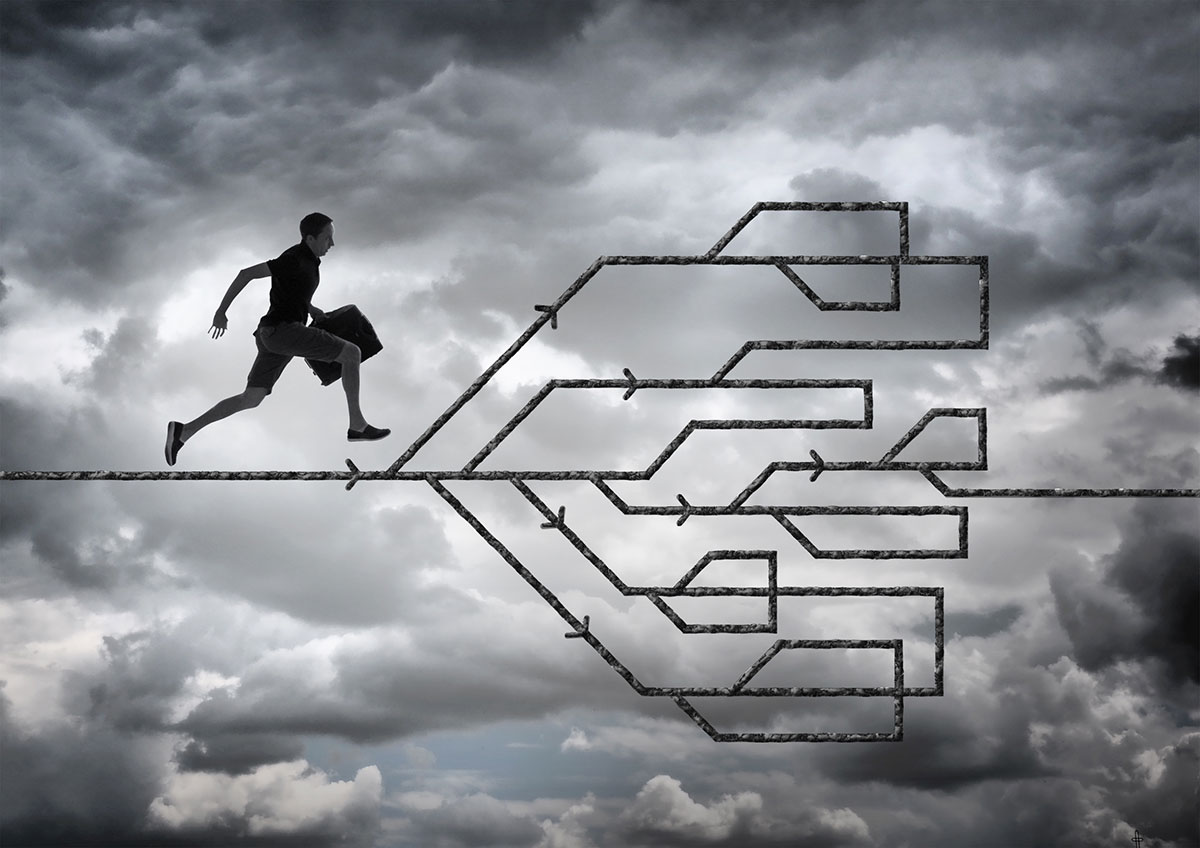 How are you going to behave in the new role?

The raise is nice, you feel the same, co-workers congratulated you, maybe there were a few speeches and a cake and coffee. Now they are all waiting. You feel a bit anxious. So, what does being a Supervisor or Manager really entail? What just changed? What are you going to say? How are you going to act? How have other people found the change? What advice would they give? You were good at what you did. That’s why you got noticed. That’s not why you got promoted. You might think so, but in fact, the answer is somewhat different. Always remember, you got promoted because your new “peer group” thought you are someone who belongs in their group and can behave correctly in their group. Only one problem – no-one explained the rules.

Here are just a few insights from working with “young” and “old” managers, leaders, supervisors across many different industries on the realities of supervision. Maybe there are some “older” supervisors reading this and for them this is “old”, but for others, there may be an “Aha-feeling”.

1. It is a different job – the people are the same

Just as the role changed, your relationship to the people changed too. They are no longer the friends and colleagues of yesterday. You changed, but, more importantly, they changed as well – in relation to you and how they perceive you. You no longer do a job alongside them, but are the person they want to respect as the Supervisor. Welcome to first line management, where you are the face of Management to the ex-colleagues, just as you are the face of the Shop Floor to your Manager. Forget this at your peril! You notice that some people withdraw from you while others want to get closer. Your team members are just dealing with managerial change in their own way. They are sizing you up and trying to work out exactly what kind of manager you really are. They are figuring out if you are going to be respected as a “boss” or not. Does this mean you can’t go bowling with them on Thursday evening? Of course you can go, but avoid the work discussion when you do. Your views are no longer a colleague’s views, they are a “manager’s” views. It gives them more weight, they get quoted.

2. Employees want their manager to manage them

Be friendly. Just because you are Supervisor doesn’t mean you have to be unfriendly. So, be friendly, but do not use this instead of managing properly. Subordinates expect you to deal with poor performers at work and you must demonstrate that you do not and will not tolerate poor performance – from anyone. Show you are always fair and be decisive, the good performers will give you their even better effort and, most importantly for you, hard-earned respect.

You have a new job so don’t hang on to the old one. This is often difficult. It’s what you know. It’s where you were successful. It’s what you are good at. It’s the reason, you think, you have been promoted. But, not letting go of the old job causes more problems for new managers than any other single item. You don’t have time to do it and the new job, so the new job suffers. The impression left with the subordinates is that there is a lack of trust to do the job right. The impression you are leaving is “it won’t be done right if I don’t do it”, “I’m indispensible”. So, show the people how to do it right and leave. It is your job that they do it right (in quantity, quality and timeframe), not for you to do it for them.

Today you have subordinates, yesterday you had colleagues and co-workers – friends even. It is only natural to like some individuals more than others, but you no longer have that luxury as manager. Subordinates are keenly aware of exactly who has that direct access to you. Maybe, in the past, you had coffee or lunch with the same people every day. Rotate round tables. If you don’t, your employees will earmark these people as your “in-crowd”. Many managers recommend changing and having coffee with other supervisors. It’s a great opportunity to pick their brains on how to address a given problem. Of course, for a couple of days there may be taunts of “being better” than the old colleagues. Ignore it, it goes away. Make sure those are the people you talk to personally during the work time and encourage.

In that first promotion we say good-bye to the familiar routines. The supervisor tasked you and you carried out the tasks as directed, in a timeframe, order, quantity, quality. Maybe some things had to be done by certain times, others had to be finished before the end of the day or a certain monthly deadline. As a rule, the day had proscribed activities and when they were complete, the day was over. But now as a manager, “a day’s work” becomes harder to define. Routine, in many aspects just left. There may be a new routine, but much of the time plan is left up to you.

6. People have problems, issues arise – no time plan, no priority

As a manager, more people need your time. More issues need your attention. But do they all need dealing with immediately? The answer is clearly “no”. It is also equally clearly your job to sort out what is urgent and important and what is not. It is your role to ensure the subordinates stay equally focused and concentrated. And that leads to the most important word in the manager’s vocabulary, just two letters, and the most difficult to articulate, the word “no”. Just try it – “No, not right now. I will get back to you at ……… [time].” There it is again – “time”. Give a time when you come back.

7. You have things to learn, possibly a lot of them

Maybe you never had to work with the finance department before, or HR. Maybe you never had to deal with disciplinary issues before. Maybe you have not been in the company that long – the answer when the question comes is easy. NO DRAMA! – the answer is simple – if you don’t know, go and ask! Go and ask another manager. No-one blames anyone for asking. You did not suddenly become wiser because you had a promotion! You don’t suddenly know things you were never confronted with. Don’t be afraid to say, “I am not sure, but I’ll find out by tomorrow (or next Monday)”. Always say when you expect to have an answer and communicate back. If you don’t have the answer, go back anyway and say you don’t have the answer. Explain. Never leave the subject in limbo.

8. You wear two hats – make sure you keep it that way – remember which one fits where

As a first-line manager you wear the Management hat when you are dealing with your team, the Shop Floor hat when you are talking to your Manager. Keep it that way. Keep Management things for being a manager and shop floor things where they belong. You are not schizophrenic, but walk a fine but important line. Know when to keep confidential things quiet, even though you are dying to tell your ex-colleagues, friends and family. Remember, as soon as more than two people know a secret – it no longer is one. The fastest way to spread a story is to ask people not to repeat it! Keep the two separate and you rapidly gain the respect of your team and your new peers. Jumble it up and you will rapidly be branded as unreliable, a “blabbermouth”, a chatterbox, your position becomes untenable.

There is nothing worse than not knowing or only finding out part of the story late! Everything is about communication. Make sure the information is always correct, concise and clearly distributed to all team members at the same time, or as close to it as feasible.

Back before mobile phones, a manager had a widely dispersed organization. The subordinates complained that they were “always the last to know” important information. Traditionally the information flow had to follow the hierarchy. The result was that information did not always arrive lower in the organization completely, or timely. After talking to his subordinates, they all agreed that information would be passed as fast as possible, as completely as possible and it was not important if the absolute hierarchy structure was by-passed in the interests of completeness and timeliness. People in his organization would phone each other with the news at any time – evenings, weekends, holidays. Rapidly, the remainder of the organization became jealous! How could his subordinates always know everything hours (sometimes, days) ahead of other areas of the company? He was accused of releasing information early. This was, of course, not true. The reason was simple, effective and timely communication. His organisation felt proud to be part of the “best informed” and “special” because of it.

Remember: Not knowing makes people nervous and irritated; knowledge, even bad news, calms them down.

10. Workout the skills you don’t have and learn them and hone them

It may be a computer skill, it may be a financial skill, presentation skill or a technical skill, but whatever it is make a list and ask for training. You did not need it before, so it’s clear you need to be taught, just like you were originally taught the skills in your old job. Ask new peers how they do it. People love to tell you how good they are and show off what they know, so ask them.

And then come the Two Laws:

1. There is Murphy’s Law

2. And to counter it, there is Thexton’s Law of Preparation

Plan for Contingencies, because: Nothing is as easy as it looks, Everything takes longer than you think, Every solution brings a new set of problems.